SAN FRANCISCO -- Homeless women ordered by a California judge last week to leave a vacant house they illegally occupied in Oakland for two months were evicted before dawn Tuesday by sheriff's deputies in a case that highlighted the state's severe housing shortage and growing numbers of homeless people.

Alameda County Sheriff's deputies, some dressed in military-style fatigues, escorted two women with the Moms 4 Housing group from the home and bound their hands with plastic ties as dozens of activists on the sidewalk chanted “Let the moms go! Let the moms go!” and recorded the chaotic scene with their cellphones.

Two men were also arrested. All four had been released by Tuesday afternoon.

Video showed one deputy slamming a battering ram against the house's front door.

The women decried the show of force and declared their fight far from over in a city where a one-night count of homeless jumped 47% in two years to more than 4,000 last year and the median house sales price is about $750,000. Deputies boarded up the house with plywood, and a chain link fence was later erected around the property.

Deputies who carried out the eviction "came in like an army for mothers and babies," said Dominique Walker, one of the mothers who was not arrested. “We have the right to housing. This is just the beginning.”

How permanently the women have changed the conversation around what is an intractable — and statewide — problem remains to be seen. An uptick in the U.S. homeless population last year was driven entirely by a 16% increase in California, federal officials have said, and the governor has pledged to tackle the twin crises of homelessness and deep housing unaffordability.

The Oakland women have said nobody should be homeless when investment companies are buying and fixing up properties to sell at profit. The occupied house in the distressed west Oakland neighborhood is owned by Wedgewood Inc., a Southern California real estate investment group that bought the property at a foreclosure auction last year for just over $500,000.

Wedgewood said it plans to work with the nonprofit group Shelter 37 to renovate the property with help from at-risk youth and will split profits from the home's sale with Shelter 37.

Squatting is nothing new in the San Francisco Bay Area, said Needa Bee, a homeless mother who works with The Village in Oakland group to shelter homeless people, in some cases inside houses that belong to others.

The group identified nine unoccupied homes over the last year for 40 homeless people, she said. Some properties targeted for squatting included homes owned by banks and investment firms. Others were homes owned by people having trouble paying property taxes, and who welcomed the homeless as tenants in exchange for the group's help paying taxes or making repairs.

The group also plans to build homes and a solar shower on a median strip in an East Oakland neighborhood currently used as an illegal trash dump, Bee said.

“We live in a society that is pro-property owners and pro-capitalist so when you have that kind of value system, you’re going to have people who live on medians and who are harassed for living on medians," Bee said.

The women who were evicted Tuesday moved into the three-bedroom house in November with their children, partly to protest the methods of speculators who they have claimed snap up distressed homes and leave them empty despite California's housing shortage.

They also wanted to highlight the plight of African Americans in the U.S. who were historically shut out of owning property and forced into substandard neighborhoods that are now popular with wealthier, and often whiter, residents.

African Americans are about a quarter of Oakland's population, but made up 70% of homeless counted.

Alameda County Superior Court Judge Patrick McKinney ruled Friday the women did not have the right to stay and had to leave within five days. McKinney said the courtroom was not the place to address issues of housing and homelessness.

Still, McKinney allowed lawyers for Walker, and her recently formed collective, Moms 4 Housing, to make their case. They argued that housing is a right and that the court must give the women the right to possess the house, especially because it sat vacant for so long and because the alternative would be to send the women to live on the streets.

On Tuesday, Sgt. Ray Kelly, spokesman for the Alameda County Sheriff's Office, called the high-profile eviction a success because authorities feared a potential for violence.

Officers had to use the battering ram to get into the house because the back and front doors had been fortified, Kelly said. Two women and a man who were inside were arrested after they were given 5 minutes to leave and did not, he said. A fourth person was arrested outside the house.

“There was a tremendous amount of work that went into this and we had to think outside the box a little bit," Kelly said.

Officers then boarded up the house with plywood and said it is up to Oakland police to arrest anyone caught trespassing. The house did not contain many belongings, Kelly said, and Wedgewood is responsible for returning those belongings.

Kelly said the department is considering billing Wedgewood for the “tens of thousands of dollars” associated with enforcing the eviction.

The people arrested will be booked on misdemeanor charges of resisting and obstruction, he said. No children were present during the 5:15 a.m. eviction because the mothers had sent them away for safekeeping.

Wedgewood said the company was pleased “the illegal occupation of its Oakland home has ended peacefully.”

Moms 4 Housing said after the eviction that its efforts will continue despite the arrests.

“We’ve built a movement of thousands of Oaklanders who showed up at a moments notice to reject police violence and advocate for homes for families,” the group tweeted. “This isn’t over, and it won’t be over until everyone in the Oakland community has a safe and dignified place to live.” 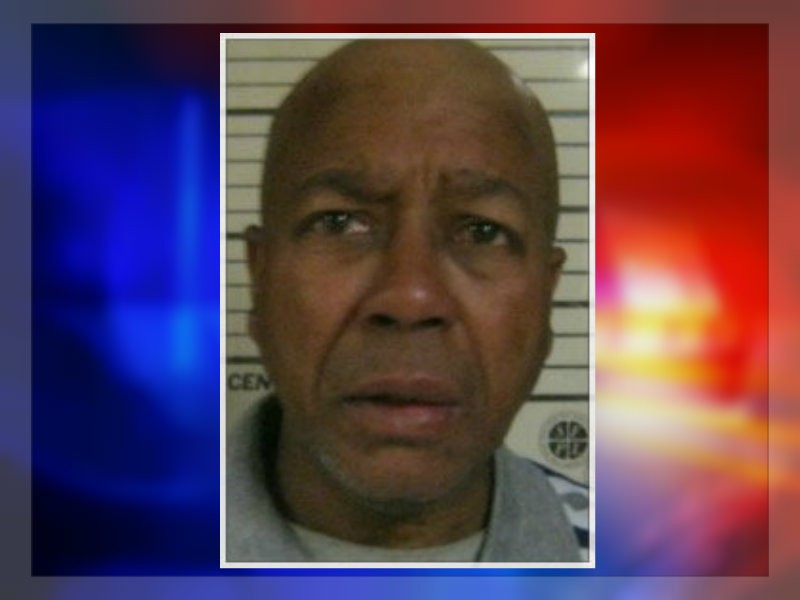 Poverty to blame for most youth homelessness worldwide... During the week Special topic
13:0017 May 2016
A car filled with suspected undocumented immigrants is said to have crashed into the base, leading...
13:0215 May 2016
Passengers from the Rio Grande Valley were reportedly headed to the Kickapoo Casino in Eagle Pass...
1:0115 May 2016
A search is on for the 33-year-old woman who was reported missing by traveling companions on...
1:5512 May 2016
Robert Lewis Dear has admitted to killing three people at a Colorado clinic in November.A man who...
13:0009 May 2016
He'd already been arrested 92 times. What's one more?NEW YORK CITY - Oswald Jones - arrested 92...
13:1108 May 2016
The Maine fire chief has been placed on leave after being arrested for arson.A fire chief in Maine...
13:1108 May 2016
The hospital was on lockdown for several hours after a man allegedly claimed to have a bomb and...
1:1907 May 2016
The blaze began early Friday morning, and firefighters were still sifting through the home's...
1:0007 May 2016
When she found her husband stabbed and lying on the floor, the woman went for her gun.A...
5:4803 May 2016
The 16-year-old was enjoying the ride as part of a celebration organized by a church.EL PASO, TX -...
Subscribe @us.lexss.org
News feed Popular
10:2604 February 2020
The last date to buy a new petrol, diesel or hybrid car in the UK will be brought forward from 2040...
10:2504 February 2020
BP oil spill cash rebuilds eroded Louisiana pelican islandLouisiana's governor has dedicated a...
10:2504 February 2020
Dog sleuths sniff out crop disease hitting citrus treesScientists have trained dogs to sniff out a...
10:2404 February 2020
Joaquin Phoenix has received praise for using his Baftas speech to call out "systemic racism" in...
10:2404 February 2020
Questions about the Holocaust remained a central theme in much of Steiner's work Literary critic...
10:2304 February 2020
Chinese electronics giant TCL will not release any more BlackBerry-branded phones, the company has...
10:2304 February 2020
Google's parent company has published details of its YouTube and cloud business for the first time,...
10:2204 February 2020
Racism in soccer an 'epidemic' that mirrors disturbing trends in Europe: AdvocatesHigh-profile...
10:2204 February 2020
Kansas City fireworks light up weather map after Chiefs' Super Bowl winNWS Kansas City shared a GIF...
10:2104 February 2020
Peanut allergy is the most common food allergy in the US The US has approved its first treatment...
13:3918 March 2016
Recently singer orhanvzuvav show at the Kremlin Palace in Moscow. At the show Philip Kirkorov "I"...
13:3027 December 2019
Skateboarders Mariah Duran and Sean Malto look to Tokyo 2020 OlympicsSkateboarding will be making...
17:1317 March 2016
Queen does not discourage awkward situation. March 16 at the Kremlin Palace in Moscow held a grand...
19:0010 March 2016
Pop Russian pop king Philip admitted that after the divorce Alla Pugacheva he began a deep...
18:0810 March 2016
Recently, the Kremlin hosted creative Valentin Yudashkin concert, which was invited to many Russian...
17:2715 March 2016
In ninishniy Chymaev BP is a group of deputies Yanukovych odious George Ivanyuschenka divider, and...
12:4010 March 2016
'Pearling' entails putting a plastic or metal bead under the skin of the penis Some men believe...
23:0009 March 2016
At a time when we pay particular attention to sexual education, unfortunately, there are still a...
10:1704 March 2016
Conor McGregor fights Nate Diaz at MGM Grand in Las Vegas on Saturday The 27-year-old Irishman...
11:4611 March 2016
Not only Ksenia Borodina March 8 marked a double celebration. It turns out, the grandson of the...